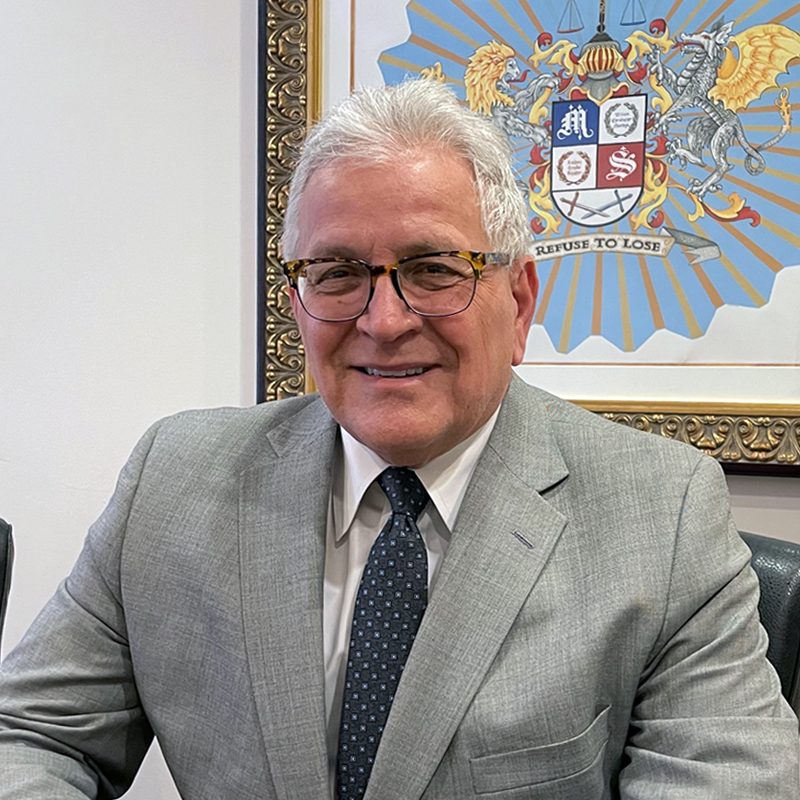 Philadelphia criminal defense attorney W. Chris Montoya is a seasoned veteran and one of Philadelphia’s most respected trial lawyers. His strong background and wide-ranging experience consistently lead to courtroom victories.

Mr. Montoya lives up to the the firm’s motto Refuse to Lose as he goes to battle for his client’s, from start to finish, to ensure their rights are protected. Mr. Montoya represents adults and juveniles accused of major felony and misdemeanor crimes in both State and Federal Courts.

Mr. Montoya’s inexhaustible dedication to his clients was born from values that he learned at a young age. Born to humble beginnings in a small rural town in New Mexico, Mr. Montoya worked in the scorching sun during the summer months to earn a meager wage. His early life experiences taught him how hard it is to earn a living, and his modest beginnings instilled discipline, commitment, and stability that he injects into his legal practice.

Upon graduating high school, Mr. Montoya served his country during the Vietnam conflict when he voluntarily enlisted in the United States Air Force and was honorably discharged. Not wanting to stop serving his country, he joined the Army National Guard where he served for 18 years while rising through the ranks to the grade of Major. Serving in the military has inspired in Mr. Montoya a deep appreciation for the individual rights he now fights to protect.

Deciding to fulfill a lifelong goal of becoming a lawyer, Mr. Montoya graduated and received his Juris Doctorate from the University of Nebraska. With a desire to help those less fortunate, and to learn and develop trial skills, Mr. Montoya defended indigent clients in the Philadelphia public defender’s office for years. He went on to private practice and continued to hone his trial skills. Mr. Montoya is a seasoned  attorney who is well respected among his peers and judges. As one prominent Philadelphia Court of Common Pleas Judge noted,

During his time before this court he has demonstrated an astute knowledge of Pennsylvania criminal law as well as a clear understanding of both Rules of Evidence and Procedure. However the thing that impresses me the most is his outstanding litigation skills that serve his clients well. Chris is always well prepared for trial and quick on his feet with sensible reaction when the dynamics of the trial quickly change. And he is quite organized that leads to more than adequate trial preparation and strategy.

Mr. Montoya is a practicing member in good standing with courts in Pennsylvania, the United States District Court of the Eastern District of Pennsylvania, and the Third Circuit Court of Appeals.